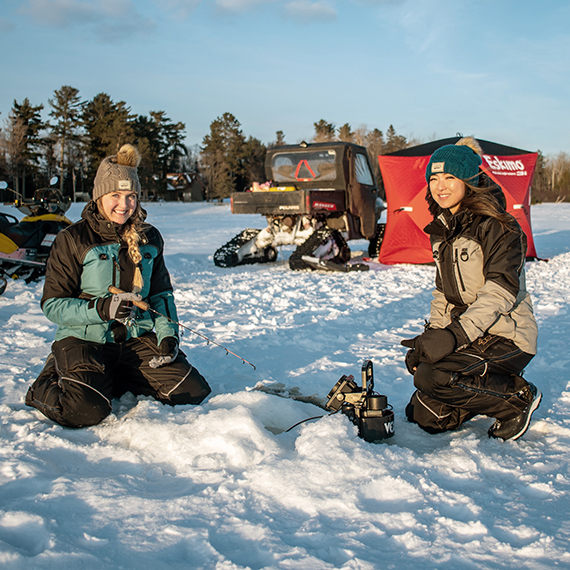 On the track of turkey hunting in Minnesota 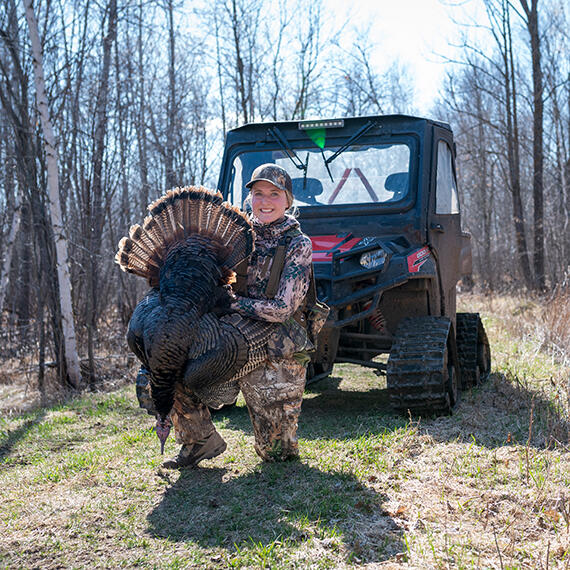 Getting track systems for your ATV or side-by-side is an investment that should be thought through. Whether you’re getting track systems for a brand-new, out of the factory vehicle or for a model with a few years under the belt, there are factors to consider when you choose the brand and model, such as versatility and interchangeability. We sat down with our powersport experts to find out what you need to know. 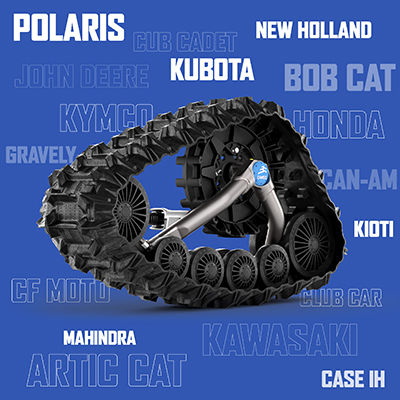 Enjoying your land with track systems

Working and taking care of your land requires strong and reliable vehicles and equipment. Camso track systems for ATV and UTV built to handle the land:

No matter what type of game you are hunting, it requires reliable vehicles and equipment. Camso track systems for ATV and UTV are built for hunting season, from preparation to catching and bringing home your trophy: 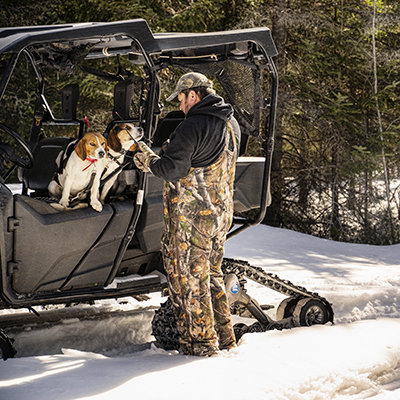 Getting to your remote cabin requires strong and reliable vehicles and equipment that will get you there and back safely. Camso track systems for ATV and UTV are built for remote locations:

No matter where your ice fishing adventures take you, Camso track systems will help you get there every time: 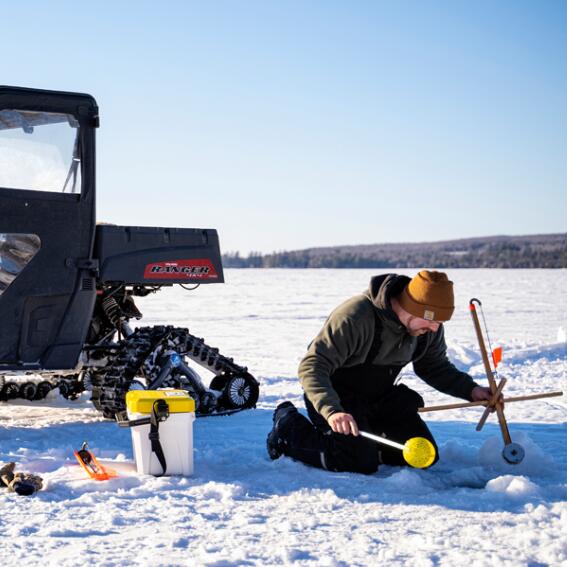 How to install ATV and UTV track systems: get ready for your next adventure

Whether you’re getting geared up for hunting in the fall, setting up for some work on your piece of land, or seeking your next ice fishing adventure, if you’re planning to use your track systems to give your ride the edge you need, you’ll have to install them first.

What is the Camso Flex-Track design for ATV and UTV track systems? 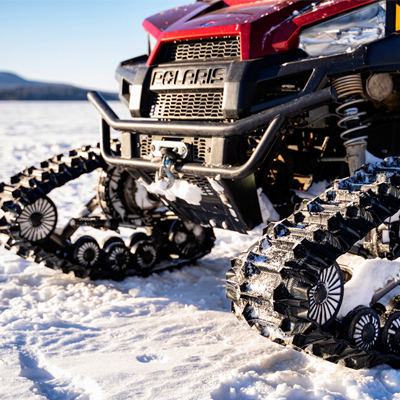 Hunting waterfowl in the sunbelt area with the Camso UTV 4S1

Spring is here, which means it’s time for many of us to replace our ATV or UTV’s track system with tires. Elements such as mud, dust, water and humidity can alter and corrode the moving parts of your track system during storage, so now is the perfect time to carry out season change maintenance of your Camso track system. Here’s how: 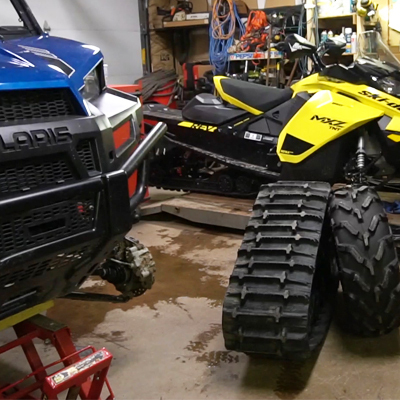 An ATV with track systems, a great ally for maple syrup season

For more than 20 years, Mario Busque and Denise Rancourt have operated their family sugar bush in Beauce, halfway between Quebec City and the state of Maine. Our team spoke with the couple of seasoned maple syrup makers to find out more about their activities. What particularly interested us? Since 2011, they have been using an all-terrain vehicle equipped with a track system to perform various tasks related to their maple syrup production. 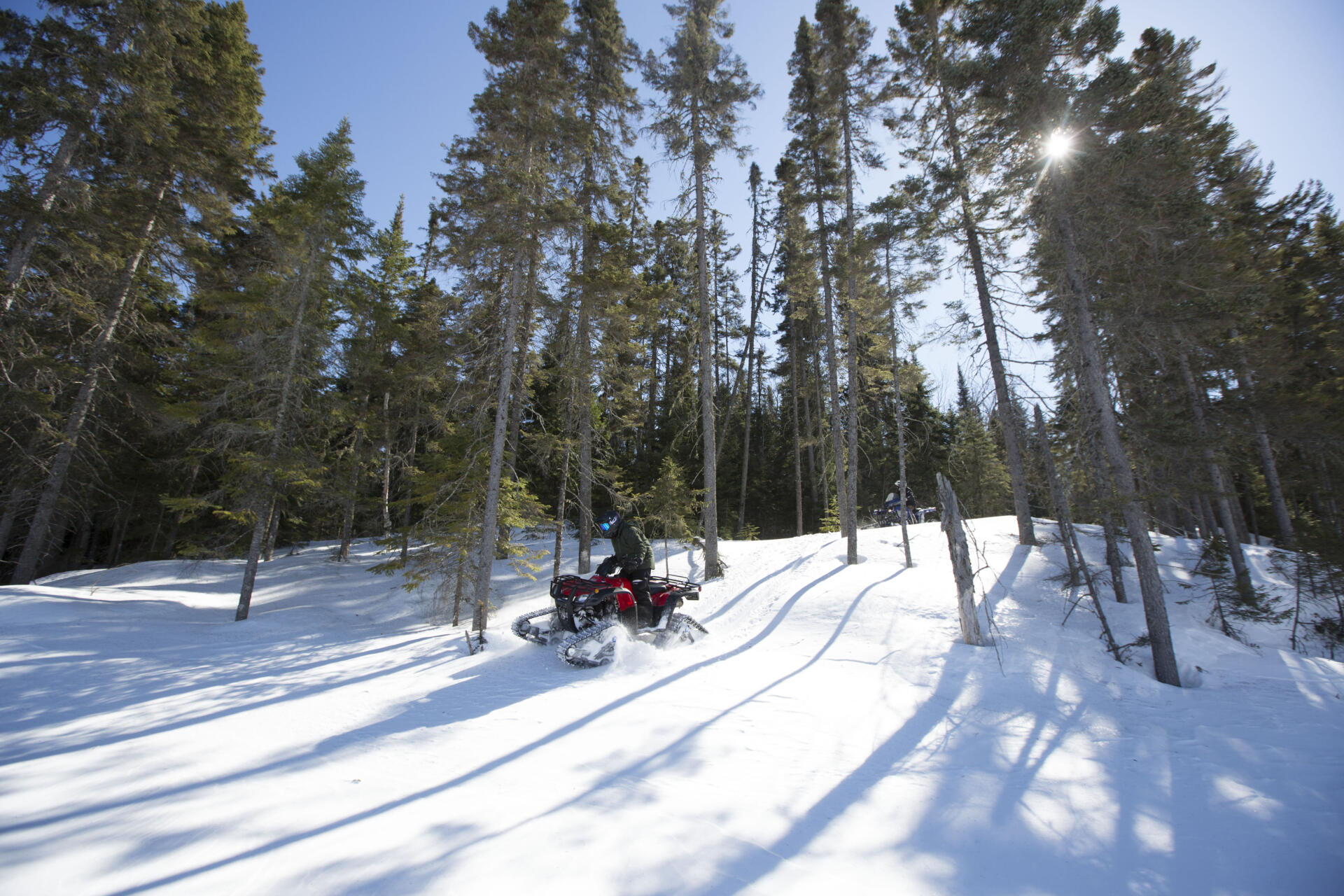 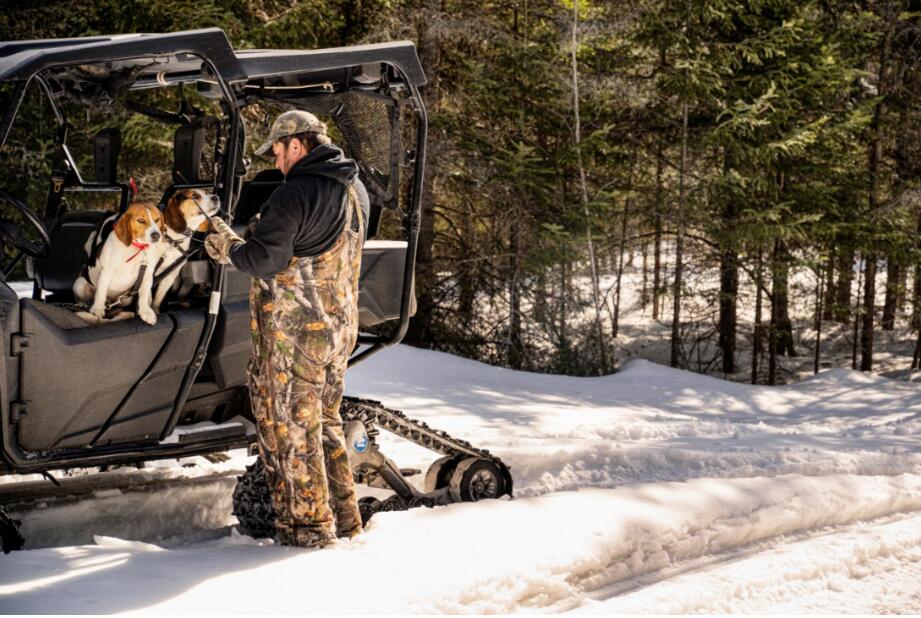 Our favorite countryman and Camso X4S ambassador, Colton Sturm, has geared up for the winter and is sharing with us a series of challenges to put his track system to the test. Stay tuned for upcoming challenges all season!
1 2