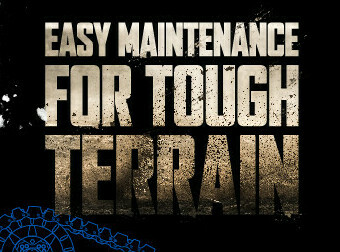 Every day we ask ourselves: “Is there a better way to push the powersports world to new levels of traction, floatation and performance? Are we providing riders with the track technology to free them from boundaries?” For us, off-the-road is not a product category, it is the way we are.
Take a shortcut.